We use cookies to better understand your needs, improve performance and provide you with personalised content and offers. To allow us to provide a better and more tailored experience please click "Got it" More info 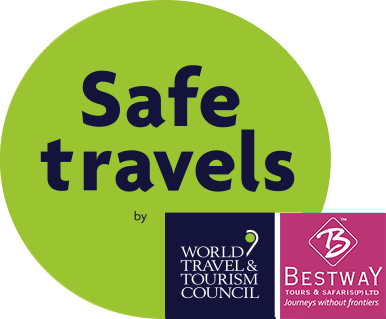 Our suggestion
Best time to come: Oct to Dec

Main Attraction
Pushkar Fair (18th - 26th November, 2004)
The well-known and marked with largest participation of all the festivals of Rajasthan, Pushkar is an important pilgrimage as well as the venue of a mammoth cattle fair. Bazaars, auctions, music and sports are highlight of this event. Recommended.

Pushkar History
Historically, Pushkar always had great strategic importance and was sacked by Mahumud of Ghanzi on one of his periodic forays from Afghanistan. Later it became a favorite residence of the great Moghula. One of the first contacts between the Moghula and the British occurred in Pushkar when Sir Thomas Roe met with Jehangir here in 1616. The city was subsequently taken by the Scindias and, in 1818, it was handed over to the British, becoming one of the few places in Rajasthan controlled directly by British rather than being part of a princely state.

Culture
Located just 11 kms from Ajmer, the holy lake of Pushkar is believed to have been created by Lord Brahma himself. It is as important as Benaras or Puri. Devout Hindus believe that it is essential to visit Pushkar at least once in their lifetime.

No pilgrimage is consedered complete without a dip in the holy Pushkar lake. Pushkar has as many as 400 temples and 52 ghats and the only temple in the country that is dedicated to Brahama is to be found here. While Pushkar is a heaven for the religiously inclined, it is also the venue of one of the country's most colorful cattle fairs - the Pushkar Fair.

By Air
Jaipur Flight Schedule
The nearest airport from Pushkar is Jaipur. Jaipur is well connected to all the major cities which includes Delhi, Mumbai, Kolkata, Jodhpur, Udaipur. Recently, flights to Dubai has also started from Pushkar by Indian Airlines.

By Bus
Pushkar is 11 km from main Ajmer bus stand. Rajasthan Roadways run very comfortable deluxe buses from Jaipur. There are buses from Jaipur to Ajmer every 15 minutes, some nonstop. The roads are very good, and it takes around 3 hrs from Jaipur. You can also come by hire private cars.

By Train
The nearest railway station for Pushkar is Ajmer, which is on the Broad Gauge and hence connected to all the metro cities of India. There are daily trains from Delhi in morning (Shatabdhi Exp).

Getting around
Pushkar is a relatively small town and easy enough to get around on foot There are no autorickshaws in the town center. A bicycle is best to get around.

Shopping
Pushkar main bazaar is a tangle of narrow lanes lined with an assortments of interesting small shops.

Things you can do
Each year, up to 200,000 people flock to Pushkar for the Camel Fair, bringing with them some 50,000 camels and cattle for several days of pilgrimage, horse dealing, camel racing and colourful festivities.
The Rajasthan tourist office has promoted the fair as an international attraction by adding Rajasthan dance programmes and other cultural events and by putting up a huge ten city for the Indian and foreign visitor.

Temples
Pushkar boasts temples, through few are as ancient pilgrimage site many were destroyed by Aurangzeb and subsequently rebuilt. The most famous is what is said to be the only temple in India dedicated to Brahma. It's marked by a red spire and over the entrance gateway is the hans, or goose symbol, of Brahma, who is said to have personally chosen Pushkar as its site. The Rangji Temple chosen is also important.<.span>
The one - hour trek up to the hilltop temple overlooking the lake is best made early in the morning; the view is magnificent.

Ghats
Numerous ghats run down to the lake, and pilgrims are constantly bathing in the lake's holy waters. If you wish to join them, do it with respect - remove your shoes, don't smoke and don't take photographs. This is not Varanasi and the pilgrims here can be very touchy about insensitive instruction by non - Hindus.